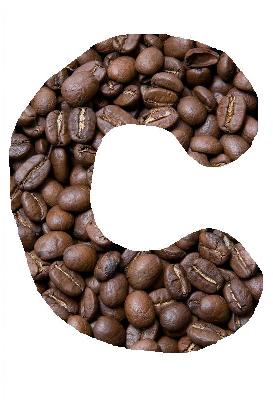 Now that the excitement and hype in 2005 about chocolate and blood pressure reduction has boiled down to a simmer, have there been any more significant findings about chocolate and health that will turn up the heat again? Let us remind ourselves what exactly was said back in 2005.

Jeffrey B. Blumberg, a senior scientist and a professor of nutrition made remarkable statements following his research results. He said, “We found that three ounces of dark chocolate per day over several weeks reduced blood pressure in patients with essential hypertension (the common type that rises for no apparent reason) and also seemed to provide a benefit on their insulin sensitivity.

So the facts are if we eat some dark chocolate, we will see significant results. Let`s enlighten ourselves further with the true facts.

Previous Tests and Their Results

The test he had carried out comprised of 10 women and 10 men diagnosed with high blood pressure, who were not taking any kind of medication for it. They were to given chocolate to eat for 15 days, and were divided into 2 groups of 10, with 5 men and 5 women in each group.

In one group, each person was given 3.5 oz. of dark chocolate to eat each day for 15 days, while the other group ate white. They then stopped eating it for a week, then they resumed with the first group changing to white, while the other had dark.

His findings on this test concluded that in the 15 days that each group ate the dark chocolate containing flavanoids, their systolic pressure dropped by 11.9 mm Hg, and their diastolic 8.5 mm Hg. Both groups never saw any changes in their systolic and diastolic readings when they were eating the white chocolate, which contains no flavanoids.

Blumberg commented on these findings by saying, “Dark chocolate can be included as part of a healthful diet in patients who have hypertension.”

Another professor, Dr. David L. Katz, a clinical professor of public health and director of the prevention research center at Yale University School of Medicine agreed with these results. He went on to extensively research the subject further.

Things were looking good! What did he conclude?

One hurdle that could have put a spanner in the works, was that chocolate although showing up as having health benefits on a short term basis, may not prove to be healthy in the long run. Chocolate contains fat, and are we not told that too much fatty food will raise cholesterol and body weight, which would only contribute to the problem?

Dr. Katz` research on chocolate and blood pressure reduction had it “sorted”. He found that stearic acid is the predominant saturated fat in dark chocolate and doesn’t raise the level of cholesterol in the blood. With half the problem now solved, we are just left with the question of weight gain.

Chocolate and Cocao and Antioxidants

In his tests he listed which nutrients, dark chocolate and cocao, or cocoa, contained. They are:

The ingredients all have a bearing on the lowering of blood pressure.

Here in England we did not have the same level of hype in the news as was seen in America on chocolate`s ability to reduce blood pressure. It seems to me that there was a little bit of “Easter Fever” going on. Did you see lots of chocolate eggs and boxes of chocolates in the shops that Easter, highlighting the ingredient Polyphenol? I wonder? 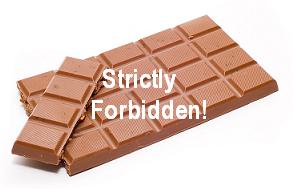 Dr. Katz had more to say about the assumptions being made in the news headlines. The picture being painted was not quite what went on in the lab with Dr. Katz` patients. They weren’t given marshmallows covered in milk chocolate to eat. It was DARK chocolate with a cocoa content of 60% or more.

Download and read it for yourself on Dr. Katz own website under the subheading, Chocolate: Dark Truths, White Lies. The product he used in his tests was sugar free, with 50 calories less per 8oz, than what we normally indulge in, milk or white with a lot of sugar content.

For those of us who like to get the facts right, the latest on this subject of chocolate and blood pressure reduction is summarized from a survey carried out on the literature of German researchers based on 10 selected studies on Cocoa. Some of the points brought out were as follows :

Based on their analysis, regular consumption of polyphenol-rich cocoa products like dark chocolate may be considered a part of a blood pressure-lowering diet, provided there is no total gain in calorie intake, however, in the studies they reviewed for the survey, the blood pressure results occurred with cocoa doses above the habitual intake and were observed only in the setting of short-term interventions.

They also noted an important result which we welcome. The average reduction noted was 4 to 5 mm Hg in systolic pressure and 2 to 3 mm Hg in diastolic pressure, which is enough to reduce the risk of stroke by 20 percent and of coronary heart disease by 10 percent. Yyyyessss! You can tell I like chocolate, can’t you?

Chang Y. Lee, chairman of the department of food science and technology at Cornell University in Ithaca, N.Y. recommended the occasional cup of cocoa, but he was never-the-less, cautious about people taking chocolate milk, because it is high in sugar and high in fat.

If you like chocolate, keep it balanced, keep it dark with low sugar, and have balance as you should with all foods.

Lifestyle change is the best medicine that we can take to help maintain a healthy cardiovascular system.

So we can conclude that chocolate and blood pressure reduction certainly are connected. Learn about some more foods that could have a positive effect.

Now where’s that chocolate I stashed earlier? The dark stuff of coarse!