What if Anthony and Cleopatra had suffered from Hypertension?
Aloe Vera Barbadensis! 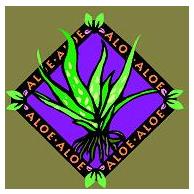 Are you aware of the many Health benefits of Aloe Vera Barbadensis that were discovered by the ancient Egyptians and are still being discovered today? The story goes that Cleopatra would use it to beautify herself for Mark Anthony, but the special properties of Aloe are more than skin deep. The polysaccharides it possesses have therapeutic properties that may help reduce your high blood pressure?

Why Aloe Vera Barbadensis is good for herbal treatment of high blood pressure?

There are over 200 types of Aloe Vera plants, but only 4 are suitable for use in dietary supplements. Aloe Vera Barbadensis is by far the most superior and beneficial of the four.

Because medications such as aspirin can cause excess acid, people suffering from high blood pressure, atherosclerosis, or other cardio vascular problems, who are taking them, are susceptible to ulcers. Aloe Vera Barbadensis, when taken orally, has been shown to reduce the acid in the stomach which may help to alkalize stomach acid, lessening the chance of ulcer development.

People have noticed when they have had a bout of acid reflux, after drinking aloe vera juice or eating the gel, they feel much better. It also may have a beneficial effect because aspirin and other drugs like warfarin can knock out an enzyme called cox 1 needed to produce prostaglandin. Prostaglandin plays a part in thickening the lining of the stomach. If the production is limited, our stomach lining will not be thick enough to stop the acid damaging the wall, the start of an ulcer.

Aloe Vera Barbadensis may strengthen your blood vessels and capillaries too.

Pubmed published some preliminary findings on October 7th 2004, that showed how carboxypeptidase an ingredient in Aloe Vera, was the contributing factor that inactivated a compound called Bradykinin. Bradykinin is a group of proteins that dilate blood vessels. If too much is in the blood it can weaken blood vessel walls causing damage and in effect can cause leakage of substances into the blood or leakage of substances out. Also the report suggests that Aloe Vera Barbadensis may reduce drag in the capillaries because of its drag-reducing polymer compound – avDRP, and reference is made in the report about its antioxidant properties. This all could be very beneficial for your circulation.

Aloe Vera – Known as an Adaptogenic

Aloe Vera – As a body Alkalizer

Getting your body’s pH balance right is conducive to good health. If your blood is too acidic it can lead to extensive free radical damage in the veins and arteries leading to atherosclerosis, high blood pressure as well as other serious health complications. Aloe Vera Barbadensis is an alkaline food, vegetable, herb, whatever you wish to call it, and so therefore can help keep the blood at its pH balance of between 7.35pH and 7.45pH, a slightly alkaline state, 7 being neutral. In fact all of your body cells bathe in fluid that needs to be kept in this slightly acidic state. So if your blood is acidic then it’s most likely that the same conditions govern the rest of the cells in all your organs causing general ill health if not worse.

You may be wondering if aloe vera barbadensis has any side effects. Strictly speaking, I would not say so. Unless you are particularly allergic to it, or you eat far too much and suffer a slight case of the runs, aloe is safe.

A Daily amount of 6oz may be needed to begin with, depending on your problem, for maximum effect, until the aloe has dealt with the root cause of the problem, then you can lower the dose to 1 or 2oz on an empty stomach, the recommended norm.

I know of a live and kicking example who has had nothing sinister happen to her by overdoing the Aloe. She is my husband’s niece Julia who lives in New York. Her family and friends nick named her the Aloe Vera Baby. Why? Because she would eat it, rub her skin with it, and even add loads of it to her bath water and bathe in it. She just loves it even to this day. Oh! Hi Julie! 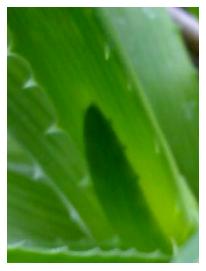 Inflammation of the body has been linked to hypertension.

Back in 2003, the results of a study conducted by researchers from Harvard Medical School and Brigham and Women’s hospital was published in the Journal of the American Medical Association. The report showed that elevated levels of C-reactive protein in the blood suggested inflammation and indicated for the first time that hypertension / high blood pressure could be an inflammatory disease.

Dr. Sesso, who led the research, although positive that there is a connection with inflammation and hypertension, did not know exactly what mechanism triggered it. Further research and evaluation was still needed.

Professor Grundy at the Center of Human Nutrition shed further light on the subject by stating that metabolic factors, (a combination of conditions) aggravate and cause injury to the artery walls, contributing to further inflammation. Knowing inflammation has a connection with high blood pressure should be enough warning to alert and move you to action.

A good source of information on Aloe can be found in the book Aloe Vera The New Millennium: The Future of Wellness in the 21st Century by Bill Coats

Aloe Vera Barbadensis is a proven anti-inflammatory and so, may help. But why choose Aloe Vera?

Anti-inflammatory drugs, although they work well by reducing a certain type of prostaglandin that causes inflammation, can have an underlying problem. The prostaglandin they break down is the same kind that helps protect the stomach from acid and as I mentioned above, excess acid can cause ulcers. It is quite a common occurrence that those who take anti-inflammatories usually end up having to take anti-ulcer drugs.

The inflammation is a reaction of the immune system. It is a defense mechanism to protect the body and works effectively when healthy, and a healthy immune system is the life of the organism. But when weakened or under stress, it can react erratically to such things as allergens, toxins causing multi-chemical-sensitivity-syndrome, overweight problems etc, those “metabolic factors” contribute to undue inflammation throughout the body.

Aloe Vera Barbadensis is noted for its immune strengthening properties. Polysaccharides in the aloe may reduce immune sensitivity to chemicals introduced into our bodies by modulating the immune system so it doesn’t overreact. Getting the Gel Out of the Leaf

How is Aloe Vera processed?

There are several ways in processing aloe vera barbadensis, and because it is shipped around the world, a very common method used is dehydration. When the product reaches its destination, the water is then added back.

This method has a serious drawback because when aloe is dehydrated the salt content becomes concentrated and destroys much of the polysaccharides, the ingredient responsible for the healing properties of Aloe. Processing aloe vera for shipping using the high temperature, short time pasteurisation method is better which safeguards the active polysaccharides.

Aloe Vera Barbadensis is often referred to as the “Miracle Plant” and rightly so since it addresses so many of our modern human ailments in a most natural and gentle way!