Antioxidants –What are they?

Despite the fact that they were discovered in 1948, the general public still don’t understand what they are, that our bodies manufacture them, and the important role they play in protecting us from literally rusting away.

As the name suggests antioxidants combat oxidization of cells in the body which are said to cause a barrage of diseases including high blood pressure.

Take the juice of a lemon which contains vitamin C and coat one half of a freshly cut apple with it but not the other half. You will notice the uncoated half will start to turn brown very quickly. This reaction is called oxidization. 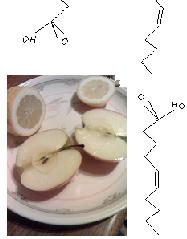 The other half coated with lemon juice, however, takes much longer to turn brown because the vitamin C, an excellent antioxidant, slows this erosive process right down.

The same erosive process is going on within the cells of our bodies continuously, and although it is an essential process, our bodies try to keep it in check by its own manufactured “endogenous” antioxidants, otherwise we would get very sick or just “rust” away.

Nutritionists and health practitioners recognise the damage that oxidization can do to arteries leading to atherosclerosis, hypertension and high blood pressure if not kept in check.

The erosion is not just caused by oxygen, as the name oxidization may suggests, but also by other chemical reactions which occur through pollution in the air, water, food, personal care products, cleaning products, and the list goes on.

The question is, what exactly is happening in our bodies? What is oxidization? Can our bodies manufacture enough antioxidants to cope with life’s hectic pace and dangerous environment?

Free radicals are atoms which have lost one of their electrons, attracting them to other atoms to steal one back from them. This causes a chain reaction of free radical damage called oxidization, which you will have witnessed when the apple turned brown in our experiment.

Antioxidants stabilize the situation by giving the unpaired electron a partner. Does that make everybody happy then? No! The bombardment of chemicals and other harmful substances have a toll on our organs and have been thought to be the cause of many health problems and diseases.

Apparently, our bodies just cannot manufacture enough to cope. This is where supplementing with antioxidants enters the picture. Plants also manufacture antioxidants to combat free radicals that attack their biological structures, and nature has an abundant store of them that we are discovering all the time. They are known as Bioflavonoids or simply flavonoids, and there are up to 5000 or more known to us today.

They were once labelled as vitamin P when 2 were discovered in citrus fruit by Szent-Gyorgyi and his colleagues back in the 1930`s. Laboratory tests revealed that these two flavonoids reduced the fragility and “permeability” in capillaries, hence the name vitamin P. Later though, in 1950, scientists refuted that they had nutritional benefit as a vitamin so they lost the vitamin P label. They were soon thought to be of no nutritional value to plants, but rather a plants protective mechanism.

Resent research paints a different picture about flavonoids. Scientists at the Linus Pauling Institute are now saying that the activity of these antioxidants in the body have none or very little value in fighting free radicals.

I, for my part, am inclined to take this news with a pinch of salt. As a person who had onset arthritis a few years back, I was introduced to antioxidants and a mineral solution. I had never taken supplements before so I was a bit sceptical at first, but as they started to help my condition, I was convinced and so have never

looked back. They say the proof of the pudding is in the eating.

Also, where there is an argument, there is also a counter argument, and there are some scientists who say this latest report was based on Meta Analysis, which means a study that analyses only the results of another previous analysis and then re-interprets it. Researchers are famous for doing that you know!

How Antioxidants may Benefit People with High Blood Pressure

Are you familiar with the term, saturated? Does it conjure up pictures of fatty beef, butter, cheese? These are thought to be hazardous to health.

How about monounsaturated, or polyunsaturated though? Cooking oil, or Margarine? Yes, those once “supposed” health foods are loaded with free radicals. Then there is the exposure to cigarette smoke, traffic pollution,and toxic chemicals in our personal care and cleaning products. These are all unnatural conditions that our bodies are battling against.

I am going to use polyunsaturated fats as an example of free radical exposure that can accelerate or may even cause atherosclerosis, hypertension and high blood pressure.

Did you know that numerous studies have shown polyunsaturated vegetable oil, when heated to a high temperature to make foods such as French fries or frying in general, susceptible to extensive free radical damage? When we consume large amounts of this oil, either through processed food, restaurants or our own cooking methods, we are subjecting ourselves to more damage than our endogenous antioxidants can handle.

The public are being made aware of this and now the trend is to use monounsaturated fat, such as olive oil, and canola oil. Are they healthier substitutes?

These oils have not been really fully tested. In fact, in 1960`s, randomized men who already had Coronary Heart Disease took part in a 2 year test, where they were given diets, either of corn oil, olive oil, or animal fat. The results were published in the British Medical Journal 1965 saying that only 57% of the group who ate the olive oil diet and 52% who ate the corn oil diet were still alive and had no heart attacks after the 2 year testing period had ended, but an amazing 75% who ate the fat diet did not have fatal or non fatal heart attacks even when they continued to eat it. I was shocked but elated when I read this.

You are probably asking me, “Well is this not also a health risk because we are constantly told that LDL cholesterol is raised when we eat too much saturated fats and it can cause plaque to build in our arteries? That is a good question that needs an answer. 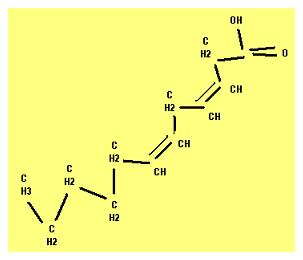 Not all scientists agree with that hypothesis. They do however agree that LDL has usually sustained some kind of free radical damage before it reaches the injured site in an artery. Some fail however, to highlight that this is seen to occur, whether the LDL levels are high or low, so reducing LDL, which has really an important part to play in the body’s repair mechanism, will not reduce the damage being done to injured sites.

What this all goes to show, is that the majority are unaware of these tests that argue against what we are only allowed to hear. So pass the word!

This is an example of our inability to really know enough in time about certain processed foods, and to understand if they will have an impact on our health or not. We would need to go to extremes to totally avoid them which I don’t think we really should have to do, so the obvious answer is to help our bodies with the support of free radical scavengers, yes powerful antioxidants that can reduce the free radicals in our cholesterol, in our blood, in all parts and systems of our body, helping us to maintain a measure of health in this unnatural world.

The higher the Orac Value of an antioxidant the more powerful the results. So far, the product with the highest oracle value is a liquid supplement called Spectra AO which contains over 2100 per dose. Gem

2017-11-30
Previous Post: The Body Ph Balance and Hypertension
Next Post: High Blood Pressure and Alcohol Can a Glass or Two Really Hurt?