Atherosclerosis!
Know the cause before you choose the treatment

What is atherosclerosis? You probably could answer this from the top of your head. “Blocked arteries!” This answer is a bit of a distortion. The truth is blocked arteries are a symptom of the condition, where artery walls thicken or harden because of damage and build up of “plaque” caused by inflammation and other corrosive factors.

If you are suffering from high blood pressure (hypertension), your doctor may have warned you that this disease is a high blood pressure symptom, or if he diagnosed you as having high cholesterol levels, probably he stressed the dangers it could lead to developing this disease, that`s if he had the time, which many doctors don’t seem to have these days. He would have explained it all, from his understanding of the process, what it is, how it develops, and what danger it poses.

The mainstream understanding of atherosclerosis is that it is mostly caused by gooey cholesterol which deposits inside the arteries to form a blockage which restricts or blocks blood flow, leading to treatment options for high blood pressure or heart attack.

See more on how blocked arteries and atherosclerosis are not the same.

The next thing you know, you are on a coarse of 2 or three medications, usually a statins for the cholesterol, diuretics and channel blockers for the high blood pressure and aspirin to thin the blood.

Research into the causes of atherosclerosis has opened up a Pandora`s box of related health problems. Fueled by Syndrome X, a condition with several symptoms such as obesity, atherosclerosis, diabetes, and other related problems which resist cure by conventional medicine, add to the cause of high blood pressure.

Along with the shock of having to start on a regime of several medications, comes the worry too, especially when folks are told they need to take them for the rest of their lives to control the symptoms and avert the consequences of atherosclerosis which according to their knowledge and expertise, leads to heart failure.

If I were to tell you though, that this may not really be the whole truth, you would probably think I was joking or just plain crazy. You might think, “The doctor knows best, doesn`t he?”

Well, not all doctors agree with the mainstream understanding. You will understand why when you consider this alternative explanation of how this disease really develops inside the arteries.

Research is showing increasing evidence that points the finger at a dysfunction of the inner lining of the artery walls, called the Endothelium, as the root cause of atherosclerosis. 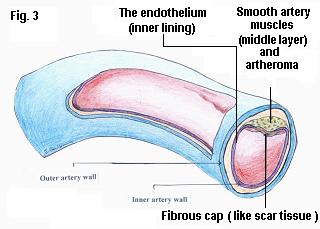 This thin lining acts as a protector, stopping harmful toxins and debris that manage to get into the blood from penetrating into surrounding tissue; as a sensor, detecting blood pressure and sending signals to the smooth artery muscles in the next middle layer to contract or relax (dilate), regulating blood flow; and like a nurse, sending signals for smooth muscle and white cells to come and repair injuries to the artery wall.

What causes this amazing system to dysfunction?

Through exposure to toxic chemicals in the air and personal care and household products we use, there is a barrage of free radical damage going on constantly in our veins and arteries that directly cause injury to the artery wall.

Adding to the attack is the lack of nutrients, especially antioxidants, a pH imbalance caused by our choice of foods, the aging process, stress, high blood sugar, hypertension, lack of exercise and metabolic syndrome. All are factors that cause serious inflammation.

How is inflammation connected with atherosclerosis?

To understand the next step of the process, I want you to think of what happens when you receive an insect bite. You first start to itch, then swelling wells up. This is your immune system in action. It responds to signals that something is amiss by sending a troop of macrophages and other white blood defender cells to the scene to destroy invaders. It brings immune cells that break down damaged tissue cells. Cholesterol, collagen and other cells are sent to build new tissue. The same mechanism is employed when there is injury to the artery lining through free radical damage, blood pressure damage, etc. But if the problem persists, the wound will not heal.

All these different, important cells and enzymes, including cholesterol, sent to repair the injury, just keep building up and building up, causing a bulge (atheroma) in the artery wall. The larger it gets the smaller the aperture. The smaller the aperture, the more restricted the blood, causing high blood pressure, strain on the heart, less oxygen to the heart and a cascade of detrimental effects to the whole cardiovascular system.

The atheroma often develops a fibrous cap, and a calcified atheroma can rupture, developing a blood clot. Both of these problems can build up and parts break of which cause stroke, blocking blood flow to the heart or the brain. This is atherosclerosis!

Atherosclerosis treatments and Their Setbacks

The treatments offered are conditional. When your condition is acute and you come under the high risk category, then these treatments are offered but most prove to be only temporarily effective.

Coronary artery bypass surgery using grafts, bypasses the blockage, resuming blood flow. Eventually though, the grafts themselves can develop atherosclerosis because the underlying cause has not been addressed.

Angioplasty is the treatment of using a balloon to inflate and open up the artery, pressing the plaque to the wall.

They do this by inserting the balloon inside a catheter, thread it into the artery, and after inflation, remove them. This also has its drawbacks. The procedure has a high rate of failure in the first few years when the arteries will close up again.

Stents are an advancement angioplasty treatment. The stent is mounted on the balloon catheter and inserted into the artery.

The surgeon then inflates the balloon, withdraws it and leaves the stent behind to act as a supporting mesh, keeping the artery open.There have been reports of deaths when the stents have closed or balloons have not opened properly causing death even on the operating table, and 10%-50% become blocked again.

Cypher Stents are drug coated, and they too have their risks of blood clotting. Some manufacturers use chemotherapy drugs to coat the stents creating more problems as they solve others. Tests are still being carried out to overcome the problem.

There are liquid formulas and tablet formulas, each said to out perform the other. A bit of common sense and investigation before choosing which method would be the best course of action. 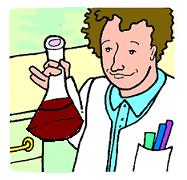 It is highly esteemed by many doctors and if you search for complaints against the effectiveness of the therapy, you won’t find many. This fact alone should capture your interest and give you hope.

This is my personal area of interest and my attention is on Nattokinase. As plasmin in our bodies is decreased with age, so is our body`s ability to break down fibrin, a substance that binds blood platelets together to form clots. Interesting!

This is one of many favorite pages of visitors to my site, but there is more info like this to get your teeth into. Signing up to my newsletter will bring it right to your email, but make sure it doesn`t end up in the spam box! After you`ve done that, take a look at this clip from a new documentary. I guarentee it will raise questions on the use of statins.