Herbal Treatment of High Blood Pressure with Celery and Its Abilities

One such ingredient is called phthalide.

Phthalide (3-n-butylphtalide [3nb] ) is a compound which helps to give celery its unique aroma and taste.

It works by relaxing smooth muscles in the vessel walls causing them to dilate and allow blood to flow more easily. 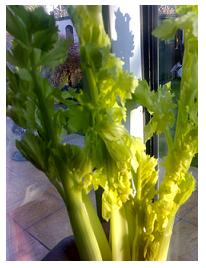 It was discovered after Quang T. Le, a medical student and William J. Elliot a clinical pharmacologist at the University of Chicago did some research. Their action followed an incident where Quang`s father followed an old Chinese remedy noting the health benefit of celery in reducing high blood pressure.

After being diagnosed with the condition he ate a quarter pound of celery everyday and his blood pressure returned to normal, so being intrigued as to why it worked William and Quang investigated and found the responsible compound Phthalide which reduces the production of stress hormones called catecholamines.

All you folks who are suffering from high blood pressure and love celery, listen to what Dr. Elliot had to say about the benefit of celery compounds. ”Phthalide works through such a simple and direct mechanism to dilate vessels,” and continues, “Many of our current anti-hypertensive agents act through more roundabout mechanisms … and can have troubling side effects, such as fainting, drowsiness or impotence.” 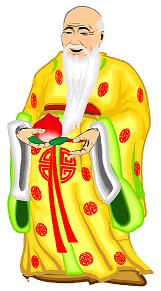 But beware! He also warns of the high salt content of celery, which I have noticed when I eat it raw, and that eating too much can be toxic.

Talking about sodium, another notable health benefit of celery is its role as a diuretic.

Ironically, although it`s made up of 90% water, celery helps rid the body of excess fluid by stimulating urine production with the right combination of sodium and potassium needed.

Doctors often prescribe “water pills” (diuretics) to reduce sodium, but they have the side effect of depleting potassium which our body needs constantly but doesn`t store. If the body does not get enough potassium the cells cannot function. A very dangerous state indeed.

The benefit of celery use as a diuretic is that although high in sodium it`s also high in potassium. Its ratio is 1 part sodium to 3 parts potassium making it a perfect diuretic.
(100gms celery = 341mgs potassium + 125 mgs sodium)

The roots and the leaves also add to the therapeutic benefit of celery.

Roots and leaves have been used in the past and continue to be used to make a diuretic tea or tincture.

Hippocrates, who was renowned for his medical knowledge, certainly knew the benefit of celery use. He prescribed it to patients suffering from nerves as it acted as a tranquilizer to calm them down. So if you are prone to stress then you should notice when you add it to your diet, the calming benefit of celery.

A benefit of celery is the convenience of the sodium it contains. There is no need to add salt to salads with celery because the vegetable has a strong and salty flavor. 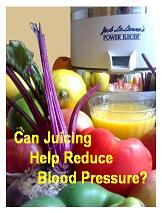 You can add it to healthy soups along with the leaves to give it a really strong flavor, or use a juicer to extract the juice and add it to tomato juice, another vegetable high in potassium and known to help reduce high blood pressure.

Season with a spice of your choice. Experiment a little by trying different seasoning in different glasses, rather than a whole jug that you may not like.

Try celery as a cooked, sautéd vegetable. The benefit of celery prepared this way is you retain most of the potassium and it stays crunchy, adding a nice side dish to your meal.

Many people are under the impression that “celery salt” is much healthier as an alternative to salt, but it is far from the truth. Only a small percentage of celery seed is used with up to 90% of common table salt. Hardly a healthy alternative. 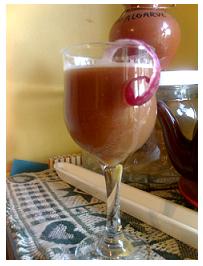 A good habit I have formed is to buy my bunch of celery and sit them in some water to keep them fresh, a fantastic benefit of celery sticks. Every day I simply eat them instead of a sweet or salty snack when I am peckish.

I have certainly gained a greater respect for this humble vegetable from writing this article. It will definitely remain a favorite food of mine and yours I hope. Now you know about the added benefit of celery in your diet, what other foods can help reduce high blood pressure? The more you add to your list the more recipes for meals, or juice recipes you will be able to create. And that must have an impact on your blood pressure for the good!