One of the best herbs for high blood pressure that come to mind is Salvia Root, one that not a lot of people know about, yet it is viewed by Chinese herbalists as one of the most potent in the treatment of cardiovascular disease known to them and is prescribed in hospitals and doctors surgeries all over China.

You may have come across it if you are a herb user. Another name for it is Danshen which I have mentioned in my list of the best hypertension herbs

What action on the circulatory system does herbalists propose this heart and liver herb to have? Certain chemicals contained in the root may have the potential to dilate blood vessels, but research shows that depending on the dosage it could also restrict them too. It is an anti-coagulant, helping blood flow more easily and lessening the stagnation of blood. It is also a powerful antioxidant.

If a pill containing Salvia or Dan Shen that the Chinese have been using for years to treat people passes a 3rd phase of clinical tests, approval by the FDA to legalize it`s use in the USA will be granted. On the other hand, the Drug Enforcement Administration (DEA) could place the herb itself under restriction as a substance only for research by their own researchers.

It is well worth a visit to a Chinese Herbal practitioner and find out more about the treatment of this herb, and make it soon because sadly, Chinese herbal practices are under threat in Europe as the latest guidelines on herbs and herbal practitioners are being implemented.

There are so many herbs that are worth mentioning that I needed several pages to discuss them. I write about six common herbs that most are familiar with. My Top Ten list of powerful herbs.. We also have a Trio of hypertension herbs making up a potent Herbal Formula. The following is a list of all the herbs:

Today there are many health claims made about the use of herbs. Our main interest though are those that we can use as an alternative high blood pressure treatment.

A Little Bit of History on Herbs For High Blood Pressure

It would be great if we could turn back the clock to the good old days of herbal medicine but with the knowledge we know now about them.

Surprisingly, western medicine as we know it didn’t make full impact until the end of the 20th century. Now a new trend is developing as more and more people are looking for alternative ways to restore health or keep healthy. So let’s trace back in time and mention some of the herbal medicine used for blood pressure hundreds of years before this Common Era.

Herbs for instance, have been used to treat illness effectively for thousands of years by non-industrialized societies of all continents, but as western medicine from the Greek and Roman traditions developed, it then dominated herbal medicine practices, and sadly still does.

Also others dominated the world scene such as Ayurvedic from India, and Chinese herbal medicine.

Some pharmaceuticals that are available to Western physicians in our present era have a long history of use as herbal remedies, such as opium, aspirin (used as an alternative high blood pressure treatment), digitalis, and quinine. 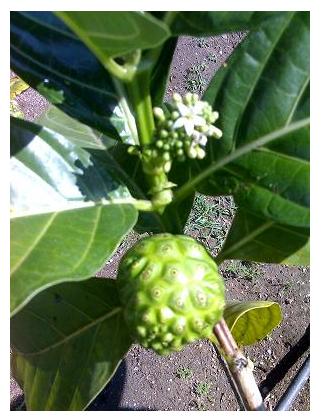 Then there is Noni juice, used as an alternative high blood pressure treatment. It is also known as Nono in Tahiti, Indian Mulberry in India, Cheesefruit in Australia, Painkiller tree in the Caribbean. These are just some of the names. A traditional Hawaiian treatment for hypertension, heart trouble as well as diabetes was to dilute noni juice with water and drink before meals and resting periods. The stem and leaves were also used to lower high blood pressure.

The potency of some of the stuff you get in bottles today is questionable, so you really need to do your homework on Noni to get some that is good.

We haven`t finished! There are yet more herbs for high blood pressure that are not only effective but have little or no side effects if taken in good measure but not overdosed.

Those of you who are familiar with the Hindu Sanskrit (Holy book) may have come across Coleus, used in Ayurvedic medicine mentioned above. Forskolin, an ingredient of Coleus activates an enzyme in the body that stimulates hormone activity, resulting in the dilation of blood vessels.

The olive leaf another vasodilator, was noted for its therapeutic properties centuries ago, but for sicknesses other than high blood pressure. Now in modern times it has been discovered that olive leaves have something called oleuropein in them. A test was carried out on animals injected with this chemical which decreased their blood pressure. Do animals suffer from high blood pressure too? Just a passing thought! Anyway it was found to reduce their systolic and diastolic pressure as well as dilate the coronary arteries around the heart. Sounds good to me but we don’t know yet what effects it will have on humans. There are no known drug interactions but do not take on an empty stomach or it could cause irritation to the stomach lining. No harm in giving it a go!

Reishi, an oriental mushroom that simply fascinates me, has proven useful as an alternative high blood pressure treatment. It was discovered through two controlled clinical trials that reishi lowered high blood pressure significantly. In one of the trials people with hypertension had not responded previously to medication. But the Chinese have known for hundreds of years the healing power of Reishi mushrooms. It is depicted extensively in Chinese art.

This herb needs to be considered with caution and if you wish to take it as a hypertension treatment, a consultation with your GP is the wise course. It has mild side effects and interacts with anticoagulant drugs.