The following presents more info on familiar and unfamiliar high blood pressure causes which are:

You may have heard of these reasons but having some available scientific data can help us determine the facts from the fiction.

What about using tobacco? Smokers who are habitually stressed usually smoke more developing a higher dependency on nicotine to “calm their nerves”, so to speak. Whereas others who smoke heavily even when they don’t suffer stress, enter the same danger zone.

Some people get quite upset if they think they may need to cut down on their coffee drinking, and will welcome controversial information regarding the effect of caffeine. So what do the experts have to say about it. Does it cause high blood pressure? If yes, how much is safe to drink? 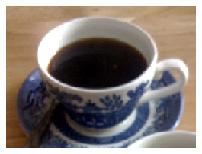 The Constitutional Court in Spain recognized the harmful effect of noise pollutants. In a court hearing, they ruled against a public place of entertainment. According to the court, high blood pressure was one of the results of serious noise pollution. In 2008 there was more tangible evidence that points to it being a serious factor in raising blood pressure.

…and while we are on the subject of pollution, what of our air? It has been proven that diesel exhaust a main contributor of air pollution has a impact on the function of blood vessels.

This is a common pain killer, as well as other NSAIDs (non-steroidal anti-inflammatory drugs) such as naproxen and nabumetone. There is strong evidence supporting that drugs such as the painkiller Ibuprofen have a negative impact on the user’s health. In 2003 an article revealed the results of a study on the use of NSAIDs and acetaminophen. The study showed their significant association with an increased risk of hypertension.

This is even less familiar than the two mentioned directly above. It is reported that during and after the change, women face an increased risk of high blood pressure with menopause as well as other cardiovascular diseases. Another noted factor is the effect that the removal of the uterus (hysterectomy) has on the production of chemicals it secretes. It is revealed that these chemicals help to regulate blood pressure, so after a hysterectomy women are prone to develop it. (“The Ultimate Rape,” author Elizabeth L. Plourde, C.L.S., M.A.)

I hope these articles on high blood pressure causes have addressed your concerns. I recommend reading The High Blood Pressure Hoax which discusses this subject. It will help you identify your own particular root cause and help you see which natural course you can take.