As an effective treatment, low dose aspirin has been prescribed by doctors for a few decades now.

Although it has its benefits, some are concerned about its long term use, especially if they are personally diagnosed with high blood pressure or other cardiovascular disease and have been informed that they will need to take it throughout their lifetime to maintain control of their symptoms.

I try hard not to give my age away on this website but happily my sense of duty is stronger than my pride and vanity. I can’t remember, any other pain killer being so commonly used or mentioned apart from aspirin, when I was young, and that was back in the mid to late 50s`, it was that popular.

Why is low dose aspirin the best dose for most of the illnesses it’s prescribed for? Where does it come from? How was it discovered? A brief look at the history of Aspirin will give us a sense of appreciation for the pros, even when mentioning the cons. 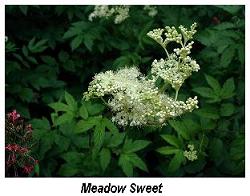 Moving forward 100 years, it was also discovered to ease rheumatic pain, and swelling, the first of the anti-inflammatory drugs known as NSAID. They also extracted the compound from the meadow sweet plant.

Fantastic at the time! But both proved to have their problems. Yes, when the extract from the willow bark was used, the acid irritated the stomach, mouth and gullet, and the meadow sweet extract, although milder, was too sweet to take. The chemists tried other unsuccessful compounds until Felix Hoffman made his breakthrough in 1893. In short, he named “aspirin” after the “a” for acetyl, and the Latin root “spir” for the meadow sweat plant “spiria”.

Now down in our 21st century, it looks as if even low dose aspirin still presents problems.

Is there any harm in taking low dose aspirin, as to higher doses in which it is know to cause problems such as, Reye’s syndrome, internal bleeding and ulcers?

Yes, because in the long run, which is the usual recommendation, this smaller daily aspirin dose, or “baby aspirin” as sometimes is called, inhibits an enzyme called Cox 1.

A daily aspirin dose of 75gms is an example of a normal prescribed amount.

Cox 1 is needed to produce 3 series of prostaglandins. One of their functions is to make the lining of the stomach thick enough to stop stomach acid from irritating and penetrating through.

When repairing an injury, it is necessary for a fresh blood supply to get to the injured area. Prostaglandins, of the series 1 type, keep the blood vessels dilated and stop blood clotting, enough to keep the blood flowing. Inflammation is also reduced by the action of this type of prostaglandin, but again type 3 works in a similar sense but can produce mixed reactions as the body needs for infections and other problems.

With more serious injuries though, our body chemistry changes so that the prostaglandin type 2 comes into action at the injured sight, as in the case of an open wound where the blood needs to form a blood clot. To do this the prostaglandin type 2 causes platelets to stick together causing a clot. Swelling and inflammation is increased. This can be dangerous if we have an imbalance and the type 2 prostaglandins are in excess which has been linked to one of the causes of high blood pressure.

Doctors prescribe low dose aspirin for its effectiveness in thinning the blood and stopping clotting from excess prostaglandin 2, which can cause blood clots to block vital oxygen and energy from the heart leading to heart attack. If your doctor prescribes aspirin to slow down the production of prostaglandin series 2, it may be wise to take precautions.

Even low dose aspirin needs to be taken seriously and speaking with your doctor can help you to determine what other medicine or alternative medicine is safe in conjunction with taking aspirin, if you decide you want to use this medication.

If you are taking low dose aspirin, eating a well balanced diet along with mineral and vitamin supplements may help your body to regain its natural pH balance.

Aloe Vera is a good choice because it is a strong alkaliser, helping the body to return to a healthier pH balance. It is also an adaptogenic, which means if you are suffering from high blood pressure it will normalize it, if you are suffering from low blood pressure, it will do the same. It is also a salicylate like aspirin, and along with its magnesium content, it can help reduce inflammation, binds excess acids caused through taking aspirin, and balance the prostaglandins. You can take up to 8oz.to achieve immediate results.

Borage oil, flax oil, and fish oil are other food supplements that you can take which will help balance those prostaglandins while you are taking the low dose aspirin.

After taking these supplements for a term, you may eventually find that your blood pressure reading is normal and you no longer need to take your medication, or that you could have it reduced. But see your doctor first. Don’t cut down or stop your medication until you have consulted with him/her and are sure you know what you are doing.

Low dose aspirin is prescribed for High Blood Pressure as well as other cardiovascular problems.