Before menopause high blood pressure is not a high risk factor for most women. During her productive years the estrogen levels are high helping protect her, helping to keep her blood vessels flexible.

Researchers have discovered that pre-menopausal women have a lower systolic and diastolic pressure that men, but increases in post-menopausal women as much as 5 mmHg. As the estrogen and progesterone levels continue to decrease, causing estrogen dominance, the post-menopausal woman is more at risk of developing it than the man. However, this is considered as normal  in later years. 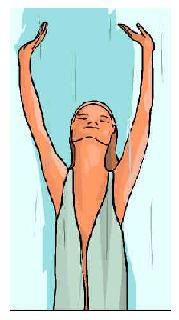 The American Heart Association reported that –

“Studies Indicating Menopause Leads to Increasing Hypertension.
Cross-sectional studies suggest a relationship between menopause and both hypertension and serum cholesterol. Both systolic and diastolic BP are reported to be related to menopause independent of age, body mass index (BMI), pulse rate, and HRT, and post-menopausal women had greater odds of being hypertensive than pre-menopausal women (OR 2.2, P=0.03).8 In addition, the association between BP and age is steeper in post-menopausal women.”

Salt sensitivity brought on by ovarian hormonal changes seems to be the root of many of these menopause high blood pressure studies.

A further article by Ivonne Hernandez Schulman from the Nephrology and Hypertension Section revealed the results of a study on 40 normotensive women, who were not diabetic and not taking HRT to “determine the effect of changes in sodium intake on blood pressure the day before and subsequently 4 months after surgical menopause”.

They were investigating whether the reduction of ovarian hormones among healthy pre-menopausal women had any bearing on increased salt sensitivity.

In their summary, the researchers said they had demonstrated salt sensitivity doubled 4 months after surgical menopause was carried out, with no association with increased blood pressure. Other studies lend to the suggestion that hypertension may not develop until a further 5 to 10 years as aging occurs.

There is definitely clear evidence that associates HRT with Coronary Artery Disease. It`s what leads up to this condition that`s unclear.

Where does one go from here? You may be wondering this very question especially since we now have another excuse not to take HRT on top of the many other side effects. Well you could take note of Dr. Jon Barron`s article about balancing hormones in his book, The Miracle Doctors. He helps us understand that although estrogen levels decrease after menopause, women are still suffering from estrogen dominance.

This may sound like a contradiction but not so. Because the level of progesterone also decreases, estrogen is then left unrestrained. Progesterone balances out estrogen, but when it is in short supply the estrogen dominates and can cause symptoms such as, hot flushes, night sweats, depression, irritability, increased body fat, increased blood clotting, impaired blood sugar control.

I mention these particular symptoms because they all can indirectly cause blood pressure to rise, but there are quite a few more serious risks Dr. Baron mentions too, like endometrial and breast cancer, bone mass loss, autoimmune disorders, fibroid tumors, impaired thyroid function etc. Other sources have added to the list including osteoporosis. So who in their right mind would want to add synthetic estrogen on top of all that.

Note this statement in an article about Female sex hormones, salt, and blood pressure regulation, Volume 17 , Issue 10 of the American Journal of Hypertension said –

“The mechanisms responsible for the gender differences in BP control and regulation are not clear, although there is some evidence that interactions between sex hormones and the kidneys could play a role.”

Although strong evidence abounds that points to salt sensitivity being a high risk factor causing menopausal high blood pressure, too many related factors still need investigating before they can paint a clearer picture.

On the other hand, natural progesterone has no known side effects according to the article, and can help relieve those symptoms of menopause.

As for salt sensitivity being a probable cause, perhaps the best course would be to promote kidney health through Detoxing and supplementing.

Using natural progesterone is also an alternative recommended by doctors.

Handmade Wild Yam Cream is a natural balm that may be beneficial to balance hormones associated with PMS and Menopause. Wild Yam stimulates a steroid-like Diosgenin substance that is involved in the chemical production of hormone progesterone. Wild Yam regulates the female system, especially during menstrual distress and menopause, helping restore normal blood pressure in women.