In general it is recommended for mild hypertension but when you take into consideration the effect it has on mood and breathing, it must benefit even in a contributory way, those who suffer also from moderate and severe hypertension.

Consider people who are under stress. If their stress is the cause of their high blood pressure, a regular session with the right music may help them relax, reducing the stress and so lower the blood pressure. 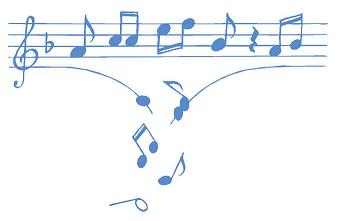 Music therapy is also used for other health problems that cause secondary hypertension, such as alcoholism, pain, and muscle tension therefore it stands to reason that it has a large part to play in natural healing methods for high blood pressure.

Can any music be used in Music Therapy to produce beneficial effects on high blood pressure?

I am here listening to Mendelssohn`s Violin Concerto in E minor Allegro molto appassionato. I like Mendelssohn, but is it relaxing me? Yes it is relaxing me at present, but I get really involved in this particular piece when I am not writing, so I think my heart rate must rise too. When it reaches a crescendo then so does my emotions and my heart rate.

What do the experts say?

A British researcher, Peter Sleight MD of the John Radcliffe Hospital, Oxford and an Italian researcher Luciano Bernardi MD University of Pavia led a study involving 12 musicians trained in classical music and 12 people with no musical training, in which they had them listen to recordings of 6 different types of music. They recorded the heart and breathing rates of both groups while listening to –

They first played all 6 recordings in a random sequence allowing 2 minutes for each recording, with no pausing, then they played the 6 recordings for 4 minutes each but this time with 2 minute pauses inserted into random places.

Now when they inserted some random 2 minute pauses into the sequence, blood pressure, heart and breathing rates reduced, with some measuring less than when they started the study.

What does the results sum up? At first it seemed as if the effects were mainly caused by the tempo of the music. Fast music causing blood pressure, heart and breathing rate to go up, while slow music causing these to drop. Is slow music best then for treating hypertension with Music Therapy?

Researchers have now found that by inserting pauses into both fast and slow music it produced the lowest results in blood pressure, breathing and heart rate. They reasoned that there are pauses in both fast and slow music which break the arousal that a piece of music can stir in us and may also break the concentration, like I experience when listening to Mendelssohn`s Allegro molto appassionato, to leave you in a relaxed state.

I always wondered why I just wanted to stay up listening to more and more music even when it was rather late. Now I know why!

They also compared it to a breathing technique which focuses on a mental subject like music, or a physical object, and then releases the attention on it, controlling the breathing pattern and producing a relaxed state.

Of coarse one would need to like the music whether fast or slow, high or low and even with pauses if it is going to have any effect. But it`s good news for those who don`t have a taste for any kind of classical music. 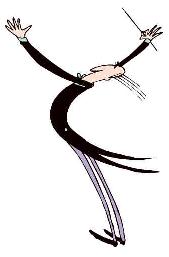 Want To Take Part in an Experiment?

Now, if your game and are seated at your own computer, here`s a little music therapy experiment you can try out for yourself. You will need a blood pressure monitor.

Relax for a few minutes and then take your blood pressure and note it down on paper. Next, play the sound track below, sit back, close your eyes and relax. When it`s finished, take your blood pressure again, note it down and compare the difference. Put the results somewhere safe because you will continue with the experiment tomorrow or when ever you have access again to your computer.

For the second part of the experiment do the same as yesterday; take your pressure, note it, sit back, close your eyes, but now play for a short period of 1-2 minutes and pause for 2 minutes, start the music again and after another short period pause again for 2 minutes. Do this until the track is finished. Now record your blood pressure again and compare the results with yesterday`s readings. Are you ready?

Are you still awake? Great! How did you score? I would love to know the results of your little experiment. In the survey box, please tick whether you pressure dropped a little, a lot, or had no change. It will serve better if you fill in all the data.

This experiment has been running now for 2 years with a small response, but many participants did not fill in all the data so could not be in the count. It is enough though so far to show a clear picture.

Willard wrote in to express how happy he was after discovering that music had an effect on his blood pressure. This is what he wrote:

This is not a question, but a remedy. I find light music and other forms of relaxation help my blood pressure considerably. For example; one Saturday this summer I took a leisurely pontoon boat ride, later had a sensible meal, then listened to music for a couple of hours. My blood pressure was the lowest it has been in some time 116/72. A section on relaxation may add to your very informative and thoughtful site.

P.S. I too felt bad after taking my pharmaceuticals, so I am going to try more natural sources.

So there it is! The scientist can only say this therapy may help, but Willard has experienced what music therapy and relaxation can accomplish.

Spread the love
2018-04-23
Previous Post: Diabetes and High Blood Pressure The Effects of Insulin Resistance
Next Post: Is there a better way than natural