Is Noise Pollution the Cause of
Your High Blood Pressure?

By now you may have heard or read that noise pollution causes high blood pressure. Reports issued in February 2008 revealed the scientific findings of Lars Jarup who directed a European Commission-funded study on people who lived close to airports and airport traffic.

Now we all don`t live in close proximity of an airport but taking a look at the study will help us to see what sort of sound measurements and types of sound, no matter where they are coming from, can affect our blood pressure consciously and unconsciously. 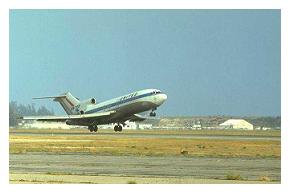 What is our normal noise level toleration? Around 35 – 40 decibels (dB). Now if we consider what happens to the blood pressure of those who live near airports and the levels of noise that cause the changes, we can roughly determine what levels to avoid or muffle, if possible, in and around our homes and at work.

The outside noise threshold of an aircraft is 80 dB that can be from 45 to 60 indoors. The louder the noise the higher the blood pressure raised. The researchers of another similar study noticed that for ever 5 decibels that noise exceeded the threshold of 35 Decibels, blood pressure was raised by 0.66 decibels.

Now all of us are different, so some sounds that would irritate me might not irritate you and visa-versa. We need to take that into consideration. Researchers have noticed that different noises of the same decibel have different effects on individuals.

So what noises irritate or stress you that can get pretty loud?

Snoring is probably one of the most disturbing and annoying of noise pollution. Relationships have been destroyed because of it. Did you know that snoring can reach a nerve racking 90 decibels? That is incredible, considering a jack hammer reaches about 100 dB. What is worse, is that night time noise has an effect on our blood pressure more than day time noise. 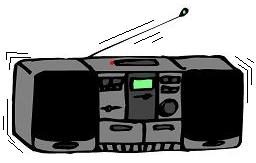 Night clubs and loud music can reach decibels of 110 to 120 decibels. If you have a noisy neighbour, it might do you good to let them know they could actually be damaging your health.

I have been in offices where the telephones are left ringing for a considerable length of time. Telephone ringing is around 60 decibels for the normal ring tone. Even if you become tolerant of persistent load noise pollution, research has shown that men increase the risk of heart attack by 50% and women had 3 times that risk due to prolonged exposure.

If you find you are in an office overlooking heavy traffic all day, you may decide to close windows and turn on the air conditioning. But if it`s noisy it can be sending out 75 decibels of noise. Most annoying! What would we give for a quiet life? The more modern and fast society becomes the noisier they get. People seem to feel the need to have music blasting all day long, or find silence a problem, always wanting to fill the air with sound or talk. Why? Remember the saying! Silence is Golden!

We will suffer less stress if we create a more peaceful and quieter environment to work, relax and sleep. It will also help us to take control of our blood pressure is we try and eliminate as much noise pollution as we can from our lives.