Recognizing a Warning SignPosterior Nosebleed is a symptom of high blood pressure! Have you heard that statement before? How true is it? What is this health problem, what causes it and who does it affect?I hope I can answer some of these questions for you because I didn’t find it an easy subject to investigate. In fact, I am not satisfied with the data I found, but will continue to scour any source of information I come across to add to this page.What I gleaned from my research is that it has nothing to do with a certain part of your anatomy, nor is it the common anterior nose bleeding that comes from ruptured vessels in the front part of the nose called the anterior.

The blood vessels, or rather, capillaries in the nose are quite delicate, reason being that they are close to the surface, moderating the temperature of each breath of air so that it is just right for the head and the lungs. When you blow your nose too hard, pick it, or inflict the slightest injury, it will cause the capillaries to rupture and blood to flow.

On the other hand the bleeding that we are concerned with stems from larger blood vessels at the back or posterior of the nose. Have a look at my drawing to see roughly where they are.

Epistaxis is the general term for all types of nasal bleeding but Posterior nosebleed which accounts for 10% of them, is the type that epistaxis usually refers to.

Some major causes are a severe blow to the head, face or nose injury, frequent cocaine use, and the cause that concerns us, high blood pressure.

In connection with high blood pressure, it is most common in the elderly. Many doctors agree with this and they find that the older the patient the more serious the nosebleed.

Now that you have an idea of what it is, what causes it, and who is affected by it, lets look closer at these conclusions.

With age, arteries and blood vessels loose their elasticity and flexibility. Atherosclerosis is a result of high blood pressure damaging those weakened arteries in which scaring and hardening occurs. These factors can hamper the contracting and retracting of an artery causing rupture and posterior nosebleed to persist.

To support the claim that localized blood pressure can rupture the nose vessels, I will relate to you the case of a man whom I read about, who was having nose bleeds and eye hemorrhage. He thought it was high blood pressure because he understood that can cause posterior nosebleed. As it happens, it turned out to be localized high blood pressure. That means that the elevated pressure was only happening at one location in his body.

His physical therapist pinpointed the source of his blood pressure, his shoulder muscles, which were too tight and were constricting the blood vessels and nerves.

In simple terms he went on to conclude that during his search on the net for the source of his problem, he noticed that not enough doctors are taking notice of their patients` long history of epistaxis as much as they should, to investigate any underlying problems that could be causing it.

Knowing all of this, you can sit up and take notice yourself. Get your doctor to take a blood pressure reading if you suffer from posterior nosebleed. There is no shortage of help these days.

Have you heard of the book “The doctor’s book of home remedies”? It was compiled by quite a number of doctors, giving information about home remedies for all kinds of ailments. In the chapter on Nose bleeds, it quotes, “Control your blood pressure. Folks with hypertension are nosebleed prone…………, says Dr. Levitt.”.

He continues, “If you have hypertension and a blood vessel breaks, better that it should break outside the cranial cavity than inside. That would cause a stroke. It’s like God gave us a pop-off valve.” How’s that for evidence. Straight from the horse`s mouth! 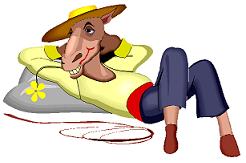 How to Recognize a Posterior Nosebleed

Before we finish I need to mention how to distinguish an anterior from a posterior nosebleed, and what to do if the bleeding continues.

An anterior nosebleed is the usual type where blood flows out through the nostrils. There can be a number of reasons for this type of nosebleed, and most can be dealt with fairly easily.

Posterior nosebleed is much more serious and should be viewed as an emergency. The blood can flow out through the nostrils or down the back of the throat, making it difficult to assess the amount of blood loss, and also there is the risk of choking. The bleeding occurs at the back of the nose cavity, and to be more precise, out from the middle turbinate where the entry of the spenopalatine artery posterior is located.

It also can accompany a headache, a further indication that hypertension could be the cause. If the bleeding stops naturally by blood clotting, watch out for light-headedness or dizziness. This could be due to a large amount of blood loss. 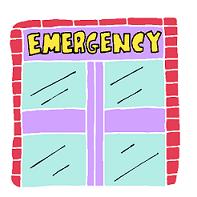 This kind of nosebleed though, is not easily stopped and usually requires hospitalization where emergency treatment can be given. The doctor might use a gauze strip, soaked in petroleum jelly and pack it deep into the nose, which is kept there for a few days along with a coarse of antibiotics, or he might use a newer method, a special balloon apparatus.

My concluding note is: Whatever the cause of posterior nosebleed, do seek medical help urgently. It can be life threatening, especially for the elderly.