Statins!
The Good, The Bad, and The Ugly

They are different brands of a drug used to lower cholesterol levels in the blood, which is said to clog up the arteries causing high blood pressure and cardiovascular disease.

A lot of people don`t even know, although the drug is widely prescribed, that they are taking statins, because they have a brand name for the generic name such as zocor (Simvastatin), Lipitor (Atorvastatin), Mevacor (Lovastatin), and so on.

How do they Work?

Your liver produces an enzyme called HMG coenzyme A reductase which helps to make cholesterol. Statins inhibits this enzyme. 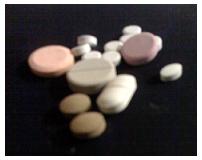 Weighing up The Pros and Cons

Fluvastatin, Atorvastatin, and simvastatin have shown favourable results in tests. They reduced thromboxane, a blood clotting agent, but take note, there was no change in LDL cholesterol.

Before Cerivastatins was taken of the market in 2001; a test was conducted when, after only three days of use, it was shown to increase dilation of the Bronchial Artery in elderly patients. Please take note again that this was not due to any drop in cholesterol because at that time there was no registered change. It seemed a miracle drug at the time.

It has been clinically proven that pravastatin more than all the other statins has the ability to prevent heart attacks and early mortality.

Simvastatin, however, is the best for raising HDL cholesterol.

The Cons or Side Effects

Contrary to popular belief Statins have been said to cause more problems than solutions. If you are taking statins, do not panic after reading the following. I suggest you first research these statements and after doing so “be assertive”, as a colleague of mine who is a nurse put it, and discuss alternative treatments with your doctor. You may even decide after your research, to hold on to your cholesterol!

We have a problem with Coq10 Depletion

Statins cause coq10 serum levels to drop, reduce the effect of coq10 supplements, and hamper liver production of coq10. This is very dangerous as the heart as well as all muscles in the body need this vitamin to help produce ATP a molecule that carries energy for heart beat and muscle function. You could call it a spark plug. The pharmaceutical companies who produce statins know this and it is known that they have a patent to manufacture statins with Coq10 for this reason. No drug has been developed as yet.

Dr. Barry S. Kendler Professor of Nutrition at the University of Bridgeport Human Nutrition Institute is reported to have said, “the pharmaceutical industry has not been helpful in this context, although they had full knowledge of the effects of statins on CoQ10 and the possible consequences of this, even before statins were marketed. In fact, one of the companies has a patent on including CoQ10 with the statin, but chose not to market the combination, possibly for financial reasons.” (Roman Bystrianyk – an investigative reporter for Health Sentinel, July 12, 2007)

I mentioned what Cerivastatin`s benefits were above, but it`s cons far outweighed them. Cerivastatin (Baycol) was removed from market back in the summer of 2001. Why? Several patients died from severe muscle disease. Other brands also cause muscle weakness and damage but on a lower and milder scale, but never the less the damage is serious. Read what a man wrote in a forum about Zocor below.

Then there is the reports of statins effects on women.

I would say about 80% of people with high blood pressure who I have spoken to are either prescribed the drug or have been advised to take them because their cholesterol levels are high, and most of them happen to be women over 60. This surprises me after hearing and reading reports like the following.

The University of British Columbia Therapeutics Initiative for instance, concluded that no known study had shown a significant reduction in women`s mortality who were given statins and yet organizations are still promoting them as one preventative measure for cardiovascular disease in their guidelines.

A Classic Case of Statins Side Effects

This is a summarized post of a man who went for his annual physical exam and was told he was in good health. The next day though his nurse contacted him and said his doctor was prescribing him Zocor because he found his cholesterol level was too high at 238. He did as the doctor told him and took 20 mg per day over a period of 54 days but within a month he collapsed while going upstairs. His legs had very little strength so he immediately stopped taking the drug.

He began experiencing pain in his calves, right shoulder, and numbness in his legs below his knees and feet. His condition deteriorated and about 2 weeks later his blood pressure had risen to about 155/110. He went to the emergency ward and again a couple of days later where he received a pill to bring down his blood pressure. He explained to the doctor that he had numbness and extreme weakness in his legs, pins and needles in his finger tips, couldn’t bend his first finger at the second joint and had pain in his right shoulder and calves. (This condition is known as rhabdomyolysis.)The doctor tested him for neuropathy and sent results to his own doctor.

His doctor told him to stop taking the drug which he had done on impulse already and sent him for tests to see if the nerves were trapped, an MRI to determine if he had suffered a stroke, and a blood test to see whether he had liver damage. All the test results were negative.

He continued to deteriorate and had to use a cane, and later, a walker. After a review of the neurologists report his doctor concluded that the drug Zocor was probably the cause of his condition.

He needed therapy classes and now has recovered enough muscle strength that he can discard the walker, but still needs the cane. He still has neuropathy in his ankles, balls of feet, and toes and his leg muscles and tendons feel very tight. The VA doctor had told him he shouldrecover in about one week after discontinued use of the drug but after 2 years he is still doing exercise to strengthen muscles in his legs.

For more information from a man who has studied statins extensively go to Spacedoc.net

Most doctors deserve our appreciation and co-operation, but we also need to think for ourselves and remember that they lead very busy lives. Keeping up with new pharmaceuticals on the market can present a challenge for them, so let us help them to help us by respectfully making informed choices as to the drugs or methods we prefer for our well-being.