Benicar – What kind of drug is it?
How does it work and is it for you?

It is a fairly new drug on the market that has a reputation for being very effective in treating high blood pressure. It also has an added advantage of keeping blood pressure in check for 24 hours, whereas previous drugs such as Cozaar and Hyzaar did not give full day protection with just one daily dosage. 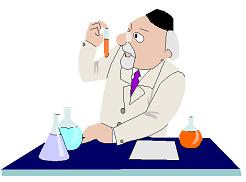 So how does Benicar work to reduce hypertension?

Similar to ACE inhibitors, an ARB must only be prescribed after a patient has been assessed as to other treatment options for high blood pressure drugs he may be taking, such as potassium sparing diuretics.

Our bodies use potassium as soon as our food is digested. It does not store it, so because ARB drugs such as Benicar are potassium sparing also, the combination of the two can cause a build up of potassium, causing hyperkalemia.

This can cause heart palpitations or arrhythmia (Cardiac dysrhythmia), a condition where the heart contractions are either irregular, too fast or too slow.

A better choice would be Benicar HCT. It is Benicar combined with a diuretic called hydrochlorothiazide which does not retain potassium. Also the combination helps the ARB become more effective, although drug companies warn doctors against using combinations at the start of therapy.

Use of non-sparing diuretics will cancel out the potassium imbalance in conjunction with Benicar, as stated above, but Hydrochlorothiazide, a commonly used Thiazide diuretic, is a potassium wasting drug which causes your potassium to be flushed out with the urine, so take care if you are using this drug alone, that you use a potassium supplement, or eat plenty foods high in potassium to compensate the body. Your doctor should be aware of this and will give advice if you mention it to him.

The manufacturer reports that, unlike ACE inhibitors, ARB usage is not associated with cough.
I looked at several Health Forums and was surprised at the high number of postings of hypertensive patients on Benicar who reported having a cough and other side effects such as weakness or limpness of upper arms, chest tightness, face swelling. The symptoms seemed to be more common than is stated on the drugs` fact sheet. Any kind of swelling is said to be an allergic reaction, and it is advised to report it to your doctor immediately.

Some of those people in the forums though, spoke of the reaction of their doctors when they did just that. They were basically told that it was all in the mind.

If you are worried about the effects of taking this drug, and your doctor is not listening to your complaints, it might help by listening to what other users have to say.

It is your right to insist that the doctor gives a valid reason for continuing to prescribe this drug. What he should not do is to ignore your complaints as to the effects it is having on you. You can also seek other professional help, but never stop taking a drug until you are given medical advice from a professional. This website is a source of information only, not to prescribe or diagnose. (Please click through to the disclaimer at the bottom of the page.)

While on the subject of side effects, Benicar, like all angiotensin receptor blockers give a warning in the fact sheet to pregnant women, or women of child bearing years.

Other rare side effect to take note of are –

If you are experiencing bad side effects from your medication and are seeking alternative ways to help control your condition, you can find other articles of interest on this site. Lifestyle changes and nutrition have proven effective and many people have been able to gradually come off their medication.